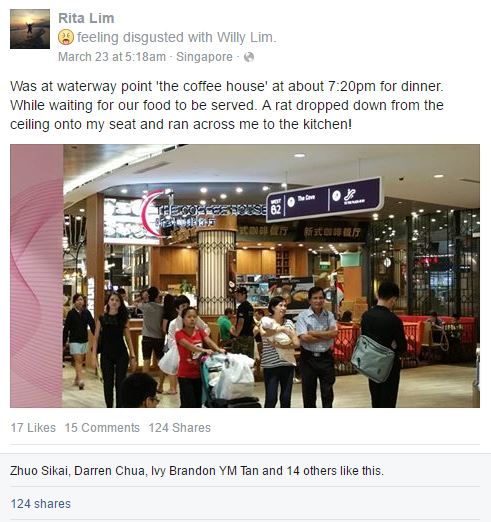 On 23rd March, diner Rita Lim posted a complaint about a rat she encountered at Waterway Point, which prompted an investigation by NEA to conduct hygiene checks across the mall less than a week later.

This is a sign of how communication methods have changed with the use of social media. A comment tagging the social media accounts of Straits Times and other news outlets can easily notify them of the issue rather than sending in a tip. Reporters can also get a more accurate sense of the person’s sentiment  given the informal nature of social media which will portray the user’s feelings more organically.

Governmental agencies also have to address the issue quickly given the potential backlash, as social media facilitate the sharing of such complaints easily.

It is truly amazing how social media has shaped the procedures in organisations today.