With the advent of social media, consumers have posted information about themselves that can now be commercialised for all kinds of businesses. From our Instagram posts or Facebook posts, we are inadvertently posting information about ourselves that businesses can use. Such a trend is almost so prevalent that it is hardly a secret.

#1 What you tweet may potentially influence what movies are shown at your district.

Before a theater company (Golden Village, Shaw, Cathay) decides to purchase the broadcast rights to a movie and screen it in a certain region, they would attempt to predict which movies sold the most ticket. Intuitively, most blockbuster movies would always make the cut: movies from Warner Bros, Paramount Pictures etc. However, for smaller movies with lesser hype about them, theatre companies would often have to measure the prevailing interest and sentiment about them before deciding whether or not to buy broadcasting rights to screen them.

This is where social media come in. What we tweet on Twitter about certain upcoming movies, key celebrities or movie genres can become information that decides whether or not the movie is screened.

The University of Southern California’s Annenberg Innovation Lab has shown evidence that they can use social data to predict what movies are likely to do well in the block buster market – even before they are released.

Paranormal Activity was made with a budget of $15,000, filmed over only seven days at director Oren Peli’s house. If we had not tweeted our interest about them, would the movie have hinted any possibility that it would become the global success ($193million in revenue) it would become? 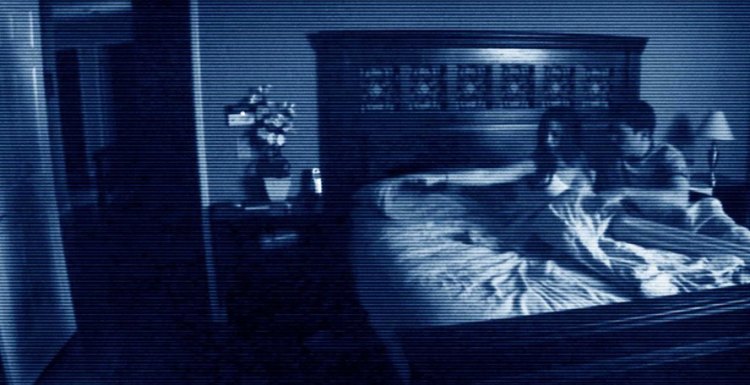 What if we did NOT tweet about Paranormal Activity and it never made it to Singapore?

#2 Being publicly exposed for a secret you tried to keep

Part of Target’s methods of building rapport with their customers is to anticipate what they need, send them catalogues of such items and wrap up a purchase transaction before they could frequent other supermarkets. In order to predict what we need, Target would need to mine our social media information. What happens if they accidentally expose our secrets in their bid to anticipate our needs?

In 2012, a high school girl was surfing for pregnancy materials. In order to capitalise on such a commercial opportunity, Target began sending the Duhigg family coupons for baby products, advertisements for maternity clothing, nursery furniture and pictures of smiling infants. A furious Mr. Duhigg confronted her daughter, then still a high-school student, about the parcel of baby products personally addressed to her, who broke down and admitted that she was pregnant.

Miss Duhigg was not ready to tell her father that she was pregnant. Would she have liked Target to tell him for her?

Did you know that the kind of Facebook page you click on, the amount of time you spent lingering on a certain homepage of a certain product and the words you comment (“Dude, check out these Adidas shoes”) can all be mined and used against you?

It is then, no surprise that i had been shown a broker ad and a 99.co ad because of my recent interest in financial plans and BTO flats.

What will you see when you open your own Facebook homepage? Given that such ads reflect what you have been surfing, are you prepared to let your friends see the ads that pop up on your homepage?

Do you have any such experiences of having your information compromised for the wrong reasons? Do share on this blog.