Uber Technologies Inc. is a transport network company founded in the US in 2009. It currently operates in 66 countries and 507 cities worldwide Its main mode of business is through its smartphone app whereby it connects consumers to drivers to transport the customers to their destination. Uber is distinct from regular taxi services in that it allows drivers to use their personal vehicles. In five years, it has come to be valued at $50 billion. Their mission is to provide smart and cheap transportation with one click.

Uber has launched other services like UberEats and UberEvents, but this report focuses on the core business of Uber – their transport service.

Uber operates as a network orchestrator like TripAdvisor and Airbnb, in which it coordinates people together without owning physical assets that these peers use . As such, the Network Effect plays a vital role for Uber, where the value of its service becomes higher to others when people join the network. Social media can be the tool that helps to grow Uber’s network given its pervasiveness in society and the number of people connected to it. However, Uber’s social media platforms are sorely lacking in engagement, which will be explained in depth later.

Consumers in Singapore who are aged 18 – 35, as they would constitute the young and working adult population who require transport in their day to day activities.

While our social media strategy targets customers in this age group, another important stakeholder is Uber’s partners – their drivers. Uber runs the risk of losing drivers to Grab in Singapore.

How Uber can better leverage on social media to improve customer engagement and increase market share?

This shows a severe perception gap between consumers and Uber on the company’s brand reputation, which could be explained by the company’s poor usage of social media in Singapore.

More in-depth research was conducted on Uber’s Facebook page engagement during the period between 9th and 23rd September 2016. This two-week period coincided with two of the main events on the Singapore calendar – Ultra Singapore and F1 Singapore Grand Prix. Grab, Uber’s biggest rival in Singapore, coincidentally was the main sponsor of Ultra Singapore.

Two specific metrics were chosen to understand the difference in brand awareness outreach by both companies, Change in Fans as well as Average People Talking About This.

In summary, it can be concluded that Uber requires a significant revamp of their social media strategies. On top of optimizing content across their different social media platforms, it needs to innovate and reach out to gain new fan followers through publicity events in other events that have yet to be sponsored by their competitor Grab. 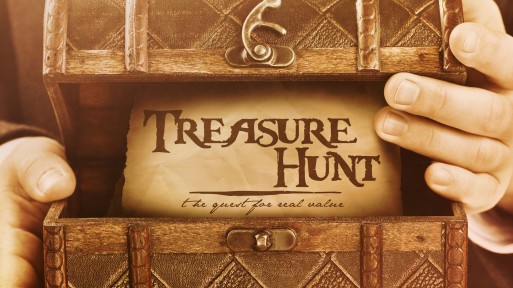 The treasure hunt is designed to be a biannual event organized by Uber in Singapore. It will engage customers in a fun and exciting setting, allowing interaction beyond the screen.

From the main page, people will be directed to the new page, where they can sign up for the event. The first 200 sign-ups are eligible for a head-start on the hunt. On the day of the event, the first clue will be posted on the Facebook page and Uber’s Twitter account (early sign-ups receive their clue 30 mins early). An Uber-driven car will pick up each participant and drive them from designated place to place as they solve the clues. At each spot, Uber representatives will hand out small goodie bags and the subsequent clue. There will be around seven different spots, the last one of which will be a party for all the participants. Prizes will be in the form of short family vacations, tickets to events in Singapore (such as Zoukout, F1), and large discount coupons.

As mentioned under the Critique, Uber has been falling behind Grab in terms of events in Singapore and sponsorships. Uber can take it one step further and launch its own. The Pub Crawl is aimed specifically at our target audience – millennials. This strategy seeks to make Uber the preferred ride service for youngsters out late at night.

Uber will work with a number of pubs/bars/clubs to secure entry or discounts for Uber customers. The event will be advertised on Uber’s social media, and a link to register will be found on its Facebook page. Those interested will book an Uber for the night, under a special package, specifying how many hours and which car they want. Luxury cars and limos can be an option as well. One person is eligible to book for six people together, and must indicate names of all for safety purposes. Pick-up on the day of the event will be from one location, but drop-off might be at multiple locations, subject to extra charge. The customer and his/her friends will decide which bars they want to go to and will be driven to each place by their designated Uber driver. The benefit of this is that the group of friends will not have to look for cabs each time, and can continue with the same ride together. The Uber driver will stay with them for the night and ensure that they reach home safely.