Gavin Bellson, CEO of Hooli, the Google-like fictional company in HBO’s hit show Silicon Valley, indulging in invigorating intellectual curiosity and a competitive mind, hasn’t a care about what it takes to buy whatever seems attractive and stock-it-on promising start-ups. Likewise, major turn-ons that motivate most Silicon Valley tech tycoons might not merely be ROI number-crunching like any merely mediocre traders. More exactly, their self-indulgent causes are humane commitment “To make the world a better place” and/or self-righteousness based on an “It-has-to-be-me” mindset.

Their playing with giga-investment decisions on cutting-edge, maybe even game-changing technologies, flying cars, free-internet-distribution balloons, drones and the like, might essentially be the same as that of the show’s Erlich Bachman, self-claiming he did something superspecial and creative with a hell of exorbitant silly parties that represents Hawaii in Alcatraz decorating with real dinosaur bones that cost a fortune for merely a short term rent. They’re all carefree egotripping with all the $$$-tsunami from scalable IPO and corporate shares given to founders and investors, enabling them to wallow in party time atop of insatiable demands for Brain entertainment.

Similarly, our perspective on Google’s recent blunder on Google Plus and its ignominious retreat in the war against Facebook … Actually, it began at the wrong end, clashing with Facebook simply in revengeful reaction to i) some of its skilled workforce defecting in that direction, and ii)  Facebook’s phenomenal growth, a la the slur of “short-lived college-town fever …” Remember? Google believed it had the upper-hand  and that it could leverage on what Facebook does not have, namely search, solid user-base, ultimately-better tech platform, a more-integrated mail-service platform, YouTube, maps, the list goes on … Google carried out the plan to prove its belief they actually perform better than Facebook. Yes, definitely technological determinism, Valley boys’ typical projection of the world around themselves.

But, as we all already know, for Google Plus it didn’t go as planned. Facebook responded vigorously and, to put it mildly, Facebook has a whole lot of vigour, (a whole lot of capital-C Clout). So, no surprise, it routed its contender (as I write this, Russia’s 1812 rout of Napoleon keeps coming to mind). This is a story of a win by the Facebook people despite their technological shortcomings compared to Google Plus. Thing is, the winning team has more Moxie.  That word says it all: They eagerly committed themselves, were determined to win, confident that sheer force of character can achieve the intended outcome.  In contrast, Googlers seemed more relaxed, perhaps intoxicated with their well-established empire, resting on their laurels (so to speak).

In the HBO’s show, Silicon Valley, Big Head was “resting and vesting” with a promotion and a big raise which tracks well with Google’s secret bench of executives. (Rex Sorgatz, 2016)

Does this view hold true? Does it take into account all factors behind Facebook’s success?

Recently with my husband I for the first time came to an interesting bar: it used drones to serve tables! He deliberately picked it to cover a story on that very topic. Then a surprise: I learned that the bar not only is well known, but also close to my school, literally small-ball-throw close. So it sank in that although I’ve been here two years I never had explored the neighborhood close to campus, never registered its coffee shops, restaurants, bars, museums, bookstores … in a word, its character! Nor had I felt genuine curiosity toward what this city has to offer. I wonder why. Imagine a similar lapse in, for example, Paris, Barcelona, Zurich … in the last two of which, actually, I have been (also in the last two years) and where I did explore. Probably here I simply haven’t been in the mood because this city is for me my workplace where my necessary focus is my career performance. Bottom line: One’s workplace city is hardly where one’s leisure time is given over to relaxing and chilling out. Nor does it necessarily intrigue one’s curiosity.

Invoking the example of my usual look-away from what surrounds my workplace might explain why people have little notion of what Google Plus is all about, or don’t even know it exists. Odd, this, considering that by a simple glance around, a single click on their existing Gmail account, they’d have a sense of it. No doubt Google Plus is a technically well-designed and efficient platform. And, across the board, the Google platform works well for us, especially when we pursue max efficiency in our online behaviors, whether work or leisure, and especially when we Google business websites to prepare a client meeting, check emails needing our utmost immediate attention and reply, share docs with co-workers, need doc-edit tools, navigate fastest travel paths, etc. That said, Google might not be the most convenient or emotionally feel-right option when we want to simply kick-back, chill with friends and colleagues, giggle at selfies, share comments, or just sneak-peep into celeb lives. Those are exactly what we do on Facebook. This might address some part of my previous question as to why people turn away from the feature-laden, fascinating, new, social network platform.

In looking closely at what Silicon Valley tech tycoons such as Google, Facebook, and MS are doing in pursuit of future long-term business, I claim it is exactly what Gavin Belson does in the show: his driving impetus is insatiable appetite for personal visions and daydreaming. To elaborate, he, Belson, doesn’t, and they, hi-tech giants, don’t, care about what customers want to do on their platform. More indulgent for them than their customers’ wants is technological utopianism dabbling in the anything-everything technically possible. Scents of narcissism and self-indulgence linger in the immediate air of Must-be-I-none-else. In such an ethos are embodied the take-no-prisoners, and the burnt-earth slashes of disrupting competitors by picking fights over issues, or brutal and ruthless buy-outs. Incited by Facebook’s unprecedented success  in social networking, Google launched Google Plus, and MS merged LinkedIn, rather than focusing on what they do really well and in which they have real expertise. 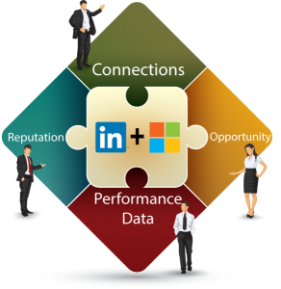 On top of that, the further conjecture that many Silicon Valley tech gurus phase out a good number of unrealized business projects and secret missions being propelled by quiet ambition.A major corporate entity, SamSung, for instance, based in the small-scale thus financially-infertile Korean market (i.e., in comparison to the US), has much at stake when it goes for a new business category. Example: invading the auto industry purely on the CEO’s personal whim and vision. In contrast, Silicon Valley is a flood of money, so once one maintains one’s foothold in the major sector of one’s business, one will be safe in poking around and angling at anything infatuating even beyond one’s core business domain.  Right?

Well, the problem caused at the users’ end is that their core identities, mostly, inhibit their expansion to other domains. When Google wants to act like Facebook, its very being Google tends to disrupt the plan. Likewise for Facebook … Example: Facebook, once endeavoring to go beyond mere photo-sharing and communication, put visionary effort into creating its own economic ecosystem …  But it didn’t work out.

When one wants to share selfies taken by Instagram and manage one’s social identity and relationships, Facebook is the go-to place. But it’s surely not the place where many would go for their commercial transactions with virtual currency like Bitcoin.

Absolutely no denigrations of tech people’s pure intellectual devotion and visionary efforts are intended here.  Nor I am saying all their money games turned out flops or deserved scorn. But the question remains: What did we learn and what should we learn from past incidents? Some other questions as well: What is the true meaning of innovation and vision, and in what ways does technology really help us better the world?. In many cases, clearly observing going somewhere we previously didn’t locate should not be enough to prove we are progressing. Instead, in many cases, those moves turned out to be nothing but self-obsession, a like-we-got-to-do-something-anyways moment.

Thus we move to another angle to answer my initial question; How come did Facebook end up beating Google, the Silicon Valley moguls’ big bro? Maybe we might say Facebook was into furthering its own zone to stay abreast of what it is, while Google tried to be what it isn’t. And the major or minor interface and service improvement Facebook achieved during the rock down period might be the consequence of what we could label truly-practiced innovation, i.e., getting to one’s core competency, enriching what already is inside one, gauging the scope and amount of what one’s box can contain practically.

So, to innovate and grow further, both practically and theoretically, surely our primary ethos should be to master the underlying mechanisms already in our box, rather than lurk at street corners, then sneak into others’ boxes?